WHAT HIGHER EDUCATION SHOULD LEARN FROM A SUFJAN STEVENS CONCERT (DRAFT)

This, like all the writing I am now embarking on, is a thought draft — a water cooler conversation starter? 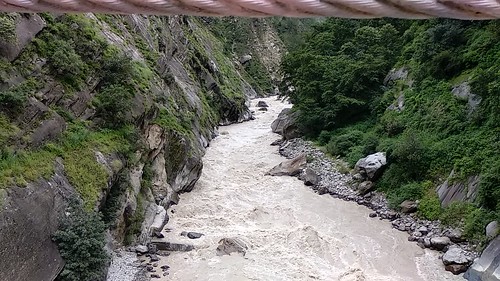 Pretty sure most people will read this piece because they have an affinity for some sort of learning in tertiary spaces, or they, like myself, have been mesmerized by the intricate, playful, and honestly brutal performances of Sufjan Stevens, who has a J in his name that sounds like a Y. Either way it is great to have their (or your) attention on either/both fronts. Over the past few days I have participated in the Digital Pedagogy Lab PEI (#DigPed) and a Sufjan Stevens concert (in Chicago) for the first time, so I thought it pertinent to write on both as they are fresh and (in my mind) linked in some way(s). Looking at the pageantry, conversations, and accessibility present in a Sufjan concert reveals a few interesting calls for HigherEd.

During #DigPed, there were two different tracks: one in digital literacy, one in networks. Both tracks explored various themes and ideas around how technology affordances have intrinsically changed learning spaces. If you are part of these conversations for long enough, certain questions repeat and echo themselves, with a central precept present: How can we solve (primarily student centered) problems in education? Although this question is likely never to be answered, the poking and prodding most people in the education sector always creates dazzling conversations and narratives. Throughout #DigPed smart and caring people try their hardest to reason with and develop more the complexities of education.

CONVERSATIONS By no means a Sufjan fan boy, I do admit to being quite familiar with his most recent album, Carrie and Lowell, which is a beautiful, stark, and captivating meditation on the passing of his mother, and step-father. It is an album at once sad but celebratory, with soft volleys of whispy recants of magical imagery and gutsy recollections of love and pain. An album that you need to pay attention to for it subtly pulls apart modern concepts of interaction using poetic turns of phrase for songs that work as potential song cycles. I will not attempt to depict the content of these songs, but it is very safe to say that there are conversations on this album that are both frank and playful. Honest and sad. Folk and experimental. There is a diversity and inclusivity of viewpoints. One is challenged to reanalyze the direction of a song given different turns of phrase. You ultimately feel like you are listening to, and somehow privy to, a conversation of great importance. Sufjan sings to/through/with you somehow.

This is the main context I brought to the live show and while this piece was present there were so many other conversations happening it was even more compelling and engaging than expected. He opened the evening saying “Welcome to the Sufjan Stevens Community hour” and joked about how he had toured the world for over a year singing mostly about death. He acknowledged how some of his artistic/tortured journey had begun in Chicago and how transformative that was. He asked us to send positive vibes to his co-singer/dancer for she had some health issues with her hip. During the concert he continually revealed himself to be someone who was learning from everything he could. He was frank and honest and humble. He made several mistakes, but just kept playing through them. He told us that we’re all going to die. He read a beautiful poem about the impact we can all have (if you’re reading this and know the poem PLEASE share in comments!). He covered Prince’s “Kiss” as his last song because he said every night should end with a kiss. He told us he loved us.

Of course a lot of this may be in service to the spectacle, but that misses the point. There was a clear message throughout the evening: we are all learning together and not one of us was without power. It truly was the Sufjan Stevens Community hour and this is what we need in Higher Ed. We need to analyze where we have come from and as institutions/boards truly assess how we are helping our communities. We need to evoke positive change on our campuses and beyond. We need to have open and honest accountability. We need clear and honest communications about direction. We need to make mistakes and be honest about them. We need to tell each other we love each other more and share in that care.

We need conversations that somehow include all of the voices of our past, present, and hopeful futures.

PAGEANTRY Sufjan’s aesthetic does a lot of reaching through its pageantry. There are overt spiritual references in his music and his live show fully harnesses and expands on spiritual tropes and imagery. In the first song of the set, he and his two female singer/collaborators, wore costumes that transformed them into angels. At other points in the show he stood on a shimmering silver step ladder covered in similar material creating a shining monolith casting light back onto the crowd. At the end of the show he donned a multi-coloured hat and suit made of balloons of varying sizes and shapes. All of these eclectic set and costume pieces were further supported and built on by the accompanying video projections. These projections often included live video outline capture of people on the stage, personal imagery of Sufjan in various video/film formats, and distinct aesthetics for each song. Mixing these elements together really created a sense of immediacy, yet somehow none of it seemed gimmicky — it was tied to the message of the song and accentuated the music. Every song was treated in a unique way and told very different stories. So what has all this to do with Higher Ed?

What if we looked at each of the songs in the set as a course experience for a student? A lot of great work is being done in places in the realm of personalized learning where course experiences are truly centered on individual learning. And we truly need to make learning contexts relevant and unique for students because referring to them in a general sense as a group undermines them all ~ (this idea is from something I’m not properly attributing ATM — if you know what/where it is please add in comments and I’ll add here). We need to find a way to allow our students to, like a song in a Sufjan concert, tell their own stories while contributing to the overall fabric of the whole. We need to find ways to build spaces and environments where our spirits, bodies, and minds are raised together as part of our community. Where we are safe to make mistakes and gain agency from the process.

ACCESSIBILITY DigPed was a truly great event. Over 50 people spent 3 days at the University of Prince Edward Island discussing/workshopping different approaches in education. We used TWITTER as our main conversation space, which was new to some, with an engaged community both in the flesh and virtually. Our little league was so active that we were top trending topic in the area for some time. Wazzah! Most of the conversations I saw/experienced were about finding communities for your professional and personal development. People want to expand their networks so that they can also expand their worldview. regardless of what field people are in. In the two days since, there has already been a few great posts about the event from Brittany Jakubiec Lawrie Phipps @DonnaLanclos Stephanie Loomis with many more to follow for sure.

Perhaps it’s obvious, but this all happened only because of how OPEN we were in our practice. Just a small group of people sharing their work in the open can have huge effects. For me, the main take away was exactly that: Work Open or Close Off. You can try to engage with a bunch of great communities/supports or you can keep your practice regional, and in most cases disappear behind paywalls. Especially in Education, we need to openly share our voice(s) so that we can find those in similar struggles and unite with them in the struggle. Join in by following #OER #OA and #OPENPED (thanks to Robin DeRosa for her inspiring work in this area).

During the last couple of songs, there were 5 huge flailing balloon men that sprang up backstage and blew around with jubilance. They moved about bouncing around off each other. At times they seemed like they were hugging, other times dancing, and sometimes they even seemed to lift each other up off the ground. As silly as these large objects were, there was also a tragedy inherent in their positions: stuck in one place and only able to connect at their extremities. There lot was to be stuck; without movement or the ability to connect with others.

This all hit me very strongly on the field of the Pitchfork Festival as Sufjan sang and danced around openly on stage singing of hope, love, and death ~ no matter what your medium, we need to open up. His field may be large rock venues and as educators ours may be classrooms, but we have the same goal: share what you have learned and be as open as you can about how to make a difference. That is why I felt compelled to publish this post ~ it is time for me to share some of the seemingly disconnected parts of my life in an open space and hope that I can learn something from it. These are just initial thoughts at the beginning of what promises to be a long road at looking at connections between education, music and other art forms/experiences.

FOR THE COMMENTS(?): What are you willing to share to help education? Can your work have greater effect? Why haven’t you already started? Where have you seen Sufjan and what kind of impact did it have on you?